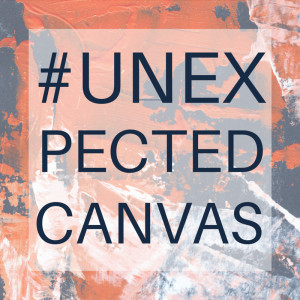 Our next installment of #UnexpectedCanvas will be created live during Friday’s block party at 516 Broad Street. The wall and sidewalk mural will be a tribute to the Monarch butterfly by artist collective, Sister Cat Studios. Artists include Claremont House owner, Holly McHaggee, and her sisters Sally Hagge-Bailey and Katherine Jenkins, both area art teachers.  Kids of all ages will be able to participate in the creation of the project with paint and sidewalk chalk that will be provided.

“Monarchs are increasingly endangered,” said McHaggee, “we would love to help raise awareness of the flowers these important pollinators need to grow and thrive.”

When I talked with the building owner, he was very confused as to merits of tackling this project given that the plywood would only be in place for a couple of weeks. IN fact, he was downright skeptical that it would have any value at all, though he was willing to let us waste our time if we wanted.  And that’s when it hit me.

The Butterfly Effect in chaos theory says that within some systems a tiny change of initial conditions contributes to much larger effects, like the flapping of a butterfly’s wings creating a tornado halfway around the world. Our little chalk and acrylic butterflies will be small, impermanent, and fleeting with the next rain and the refurbished wall, but I think they have the ability to return much greater to our community in the inspiration of a child’s imagination and reminder of what’s possible working together. I believe even these micro art experiences (and maybe even especially these tiny but visible experiences) can inspire others towards creative pursuits of their own in both small and large ways both now and in the future.  Art is not always pretty and permanent. Sometimes, it is just the experience of creation being allowed and celebrated in the public square.

Thanks to Bryan King at the City of Rome Planning Department for playing matchmaker, Ann Arnold at DDA for enthusiasm and project grant for supplies, and to our reluctant but hopefully soon-to-be proud building owner, Mark Wall.  The installation idea came up just this week and would not have been possible without many people saying “yes” very quickly, most especially our talented and visionary artists, Holly, Sally, and Katherine.